Sometimes you must take more than one nootropic.

Well, that’s true if you want to fight depression effectively because it doesn’t have a specific location in the brain.

Sometimes you must detox the brain and body from toxins.

And take the core vitamins for mental and physical wellbeing.

Some people take prescription drugs, but these are like makeup to just cover-up. Nootropics are probably better in many ways.

Acetylcysteine is a safe and tolerable amino acid that can treat neurological disorders, including: [S]

Acetylcysteine is critical for Glutathione, which has many vital roles in cells. [S]

It’s the most important compound for your body’s toxic-waste-cleaning system.[S]

Helping your body to clean toxins will make a profound, healthy difference to boost your mood.

Moreover, it can also aid the brain to recover from injuries caused by drug overdoses, traumas, and poor blood circulation within the brain. [S]

Tryptophan is an essential amino acid you must get through diet. Deficiencies, which is often caused by poor diet, is correlated with depression. [S]

You can find tryptophan in salmon, nuts, meat, cheese, and seeds.

However, it’s estimated that only 1% from food sources enters the brain. [S]

Tryptophan converts to 5-htp, which then converts to serotonin, a neurotransmitter that regulates mood, sleep, pain, and appetite.

Supplementation can improve your mood and fight depression. In fact, studies have shown tryptophan is as effective as antidepressants. [S]

Don’t mix tryptophan with SSRIs or MAOIs to avoid adverse side effects.

Works well with vitamin B6 and niacin, since these nutrients are required for tryptophan to convert to serotonin. Plus, you can achieve a better relationship with food and eating habits by doing so. [S]

Tryptophan is useful for seasonal affective disorder and if you don’t respond well to light therapy. [S]

5-htp is the direct precursor to serotonin. Naturally produced by your body from L-tryptophan. 5-htp is also made from Griffonia simplicifolia, a plant found in Africa.

5-htp is used as an alternative medicine for depression, insomnia, anxiety, and fibromyalgia. [S]

5-htp converts to serotonin and melatonin, two dominant neurotransmitters that handle many psychological functions, including mood, behavior, and sleep.

However, there’s not enough evidence supporting 5-htp as an effective medicine. [S]

But people often report it can mild the symptoms and also relieve insomnia.

Another important side note, 5-htp isn’t a long-term quick fix because after a few months the effects are not as compelling. Try tryptophan instead.

Don’t mix 5-htp with other antidepressant drugs. Because serotonin levels can get to high, especially when mixed with SSRIs or MAOIs.

Inositol, or myo-inositol, is natural sugar found in high amount in the brain where it helps brain cells to communicate.

In fact, major neurotransmitters such as serotonin, GABA, norepinephrine, acetylcholine, and dopamine, depends on inositol for transmission.

Interestingly enough, people with depressive and bipolar disorders who committed suicide, appears to have low inositol in the frontal cortex.[S][S]

However, after twelve months the patients relapsed after a break.[S]

High doses have also shown to reduce symptoms of depression for people with eating disorders, which also translated to less bulimic symptoms.[S]

Mucuna is a tropical bean found in Africa, also known as velvet bean. The plant is famous for the itchiness it offers upon touch.

You should use mucuna if you have dopamine deficiency because it’s the best source of l-dopa, a direct precursor to dopamine.

Mainly prescribed for major depression and used as a nootropic. It works by increasing serotonin uptake in the brain, stimulating glutamate, AMPA, and NDMA receptors.

BDNF supports the survival, growth, and differentiation of neurons and synapses. [S]

First of all, depression has shown to decrease brain capacity and mass. Plus, it hurts its ability to form new brain cells.[S][S]

Tianeptine can inhibit structural changes and brain impairments in the hippocampus caused by mood disorders. [S]

A meta-analysis and a placebo-controlled study reveal tianeptine is as effective as SSRI, if not better.

It also lacks side effects on memory, attention, and sexual dysfunction, which SSRIs can cause. [S]

Most of the studies with good results took more than a month. If you decide to try, wait at least three months.

Be careful, it’s a powerful substance. Make sure to follow the recommended 12.5mg dose, three times per day.

A synthetic derivative of thiamine (vitamin b1), so it’s more effective now.

Sulbutiamine is used by many nootropic users for energy and motivation. Plus, it can improve long-term memory formation. [S]

However, sulbutiamine has no antidepressant effects. But anecdotally it has shown reduce depression, and improve mood.[S]

What makes sulbutiamine a great tool for depression is because it can ease the rehabilitation and help patients perform better in social, professional, and family life. [S]

Serotonin, dopamine, acetylcholine, and GABA are synthesized by microbes. [S][S] 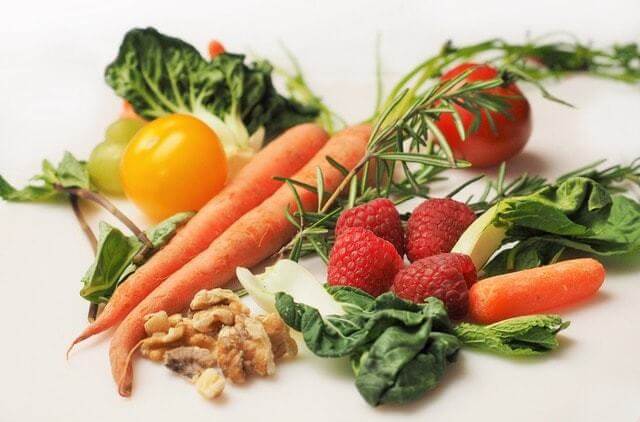 Essential nutrient for brain health and growth throughout the entire life span. It protects the brain against cognitive decline, elevates mood, and improve cognitive function.

Vitamin d regulates the activity of over 200 genes in your body, including the pathway of serotonin.

That’s how most antidepressants work.

Vitamin d is also important for neuroplasticity, your brain’s ability to change and adapt. [S]

Depression is linked to neuroplasticity impairments.

This is why it’s important to get enough sunlight or vitamin d through supplements. Direct exposure to daylight is probably best because it also releases mood-boosting endorphins.

Try vitamins within the B group to fight depression. Specifically, B6, B9, and B12 are crucial for brain health.

They can also fight depression and produce mood-boosting brain chemicals.[S]

Moreover, vitamin b12 deficiency can lead to depression and schizophrenia. [S]

You can find it in animal products such as fish, meat, eggs, and poultry.

You have just discovered some of the best supplements and nootropics for depression and mood.

As you can see many of them are critical for well-being and brain function.

What nootropics supplements have you tried so far, and how did it turn out?