It’s all in the name, “COLUracetam”. Colors seem bright and more vivid. Auditory enhancement is another feature some people experience. How, is not printed in scientific journals, yet.

I was listening to some melodic music and couldn’t ignore the crisp and clear sounds.

Suddenly, I felt an urge to be creative. So, I decided to dust off my old laptop and open Ableton Live (music composition software).

With the auditory enhancement plus coluracetam making music was fun. Here’s something I’ve put up fast.

As you can hear, hard to stick with one melody since coluracetam is a potent creativity booster. Notes just seem to fall into place.

Why Coluracetam is My Favorite

I have tried nootropics that are supposed to boost focus and even enhance visual perception.

Patiently waited for the effects, but… 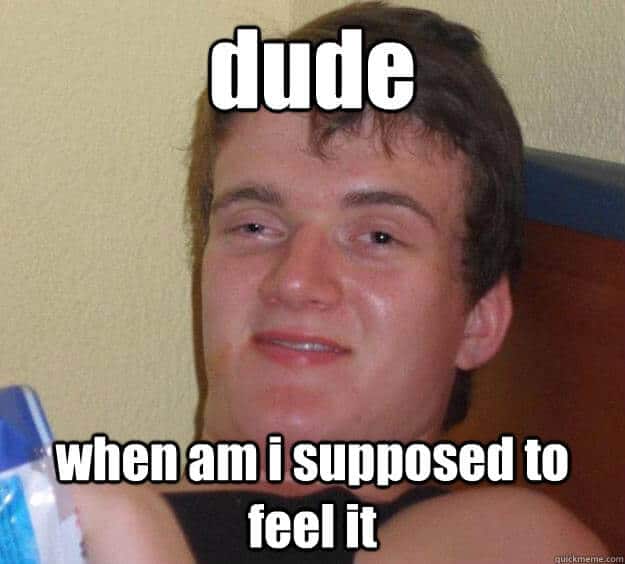 With Coluracetam it was different.

Coluracetam (MKC-231) is a racetam originally made by Mitsubishi Tanabe Pharma as a research chemical for Alzheimer’s disease but failed to deliver in clinical trails.

Braincells Inc took over the investigation instead into a major depression and anxiety disorder. [S]

This increased activity of cholinergic neurons translates to cognitive enhancement.

Acetylcholine plays a role in:

Within 30 minutes of ingestion, coluracetam is detected in nerve tissue. Three hours after the concentration drops rapidly.[S]

Most Racetams increase choline. But coluracetam appears to increase in damaged neurons, too.

Coluracetam shines mostly as a memory and learning enhancer.

Especially for individuals with memory impairments.

But anecdotally, coluracetam offers other pleasant effects for healthy individuals as well.

It shares traits with other racetams. But the unique mechanism of coluracetam offers a nice contrast that sets them apart.

BrainCells Inc, who is a major player in the research of neurogenesis, discovered that 80mg once or three times daily reduce major depression and anxiety.[S]

You aren’t going to find any research about coluracetam on healthy individuals, but you might get:

Learning and thought speed is definitely faster. My memories are stronger both short and long term, I retain more information the next morning after the previous day of studying. Focus is improved and thoughts are clearer, although my ADD still causes problems…

Definitely “feel” this one. A nice boost in focus and concentration at ~15 mg sublingual. Gives you a nice little kick, but unfortunately doesn’t last that long. Maybe a residual effect does, but the kick doesn’t. Good for playing video games.

The perfect dose is not revealed. But you only need 5-35mg, which seems enough.

It also depends on why you take it.

20mg can be enough if you If you’ve never tried Racetams before. Then you can increase if needed, as you get to know the nootropic and how it works on your system.

BrainCells Inc reports no negative side effects with 80mg three times per day.

It’s probably a safe nootropic since it’s structurally similar to other Racetams.

You would most likely experience “racetam headache”, nausea or stomach discomfort. The common side effects of Racetams.

Personally, I’ve never experienced any side effects with nootropics, except mild headaches when I skipped alpha gpc while using Piracetam. Make sure to drink a lot of water. And if you get headaches often I would recommend trying Magnesium Threonate.

Coluracetam is a decent noot that made me more interested in nootropics.

I can see this beautiful Racetam used by college and grad school students since side effects are rare. Plus, the memory and creativity boost makes it compelling for exams and other assignments. Also, the sensory enhancement can make school more fun when times gets boring.

That said, I hope you’ll feel this one.